Do I Have Enough Solar For My Battery? 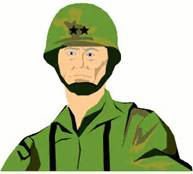 I acquired 4, 100W 12V solar panels, parallel, producing 5A each, 21 volts each with a 40A MPPT controller. Is this enough to fully charge a 200AH, or a 250AH, or a 300AH 12 volt AGM battery without sulfation concerns, given the usual 5 hours of average good sun light each day? I need to know before I buy a new battery so I don't waste money on more than I can properly charge yet get as much storage as I can.