Battery Wiring Option A or B????

Farmerboyz1721 Registered Users Posts: 39 ✭✭
July 2016 in Off Grid Solar & Battery Systems #1
Which option in the picture would be the best way to wire these batters. 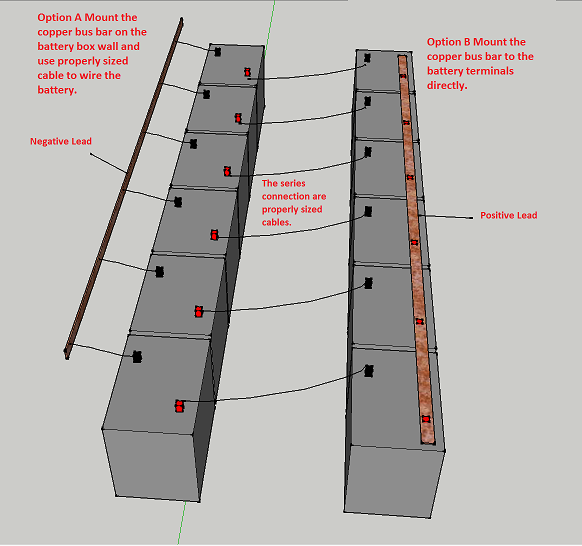