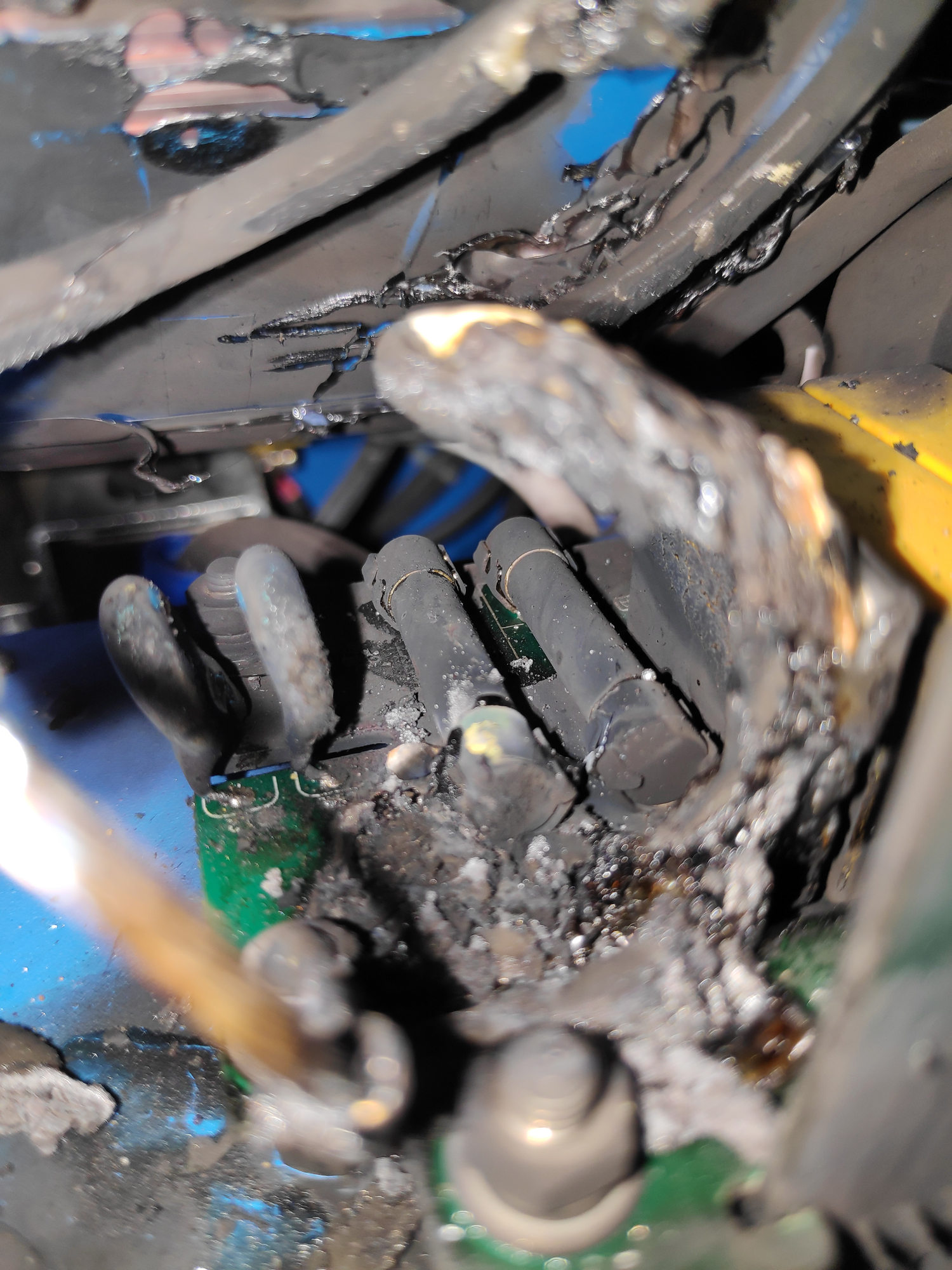 The damage is concentrated in this area on top of the communication cables. There was a burnt smell and the overload led was on when i checked the unit. What caused this error? We don't have high loads, only a kettle 1800 w was on at the time.