I am designing a custom solar system setup and want to be sure it will work. 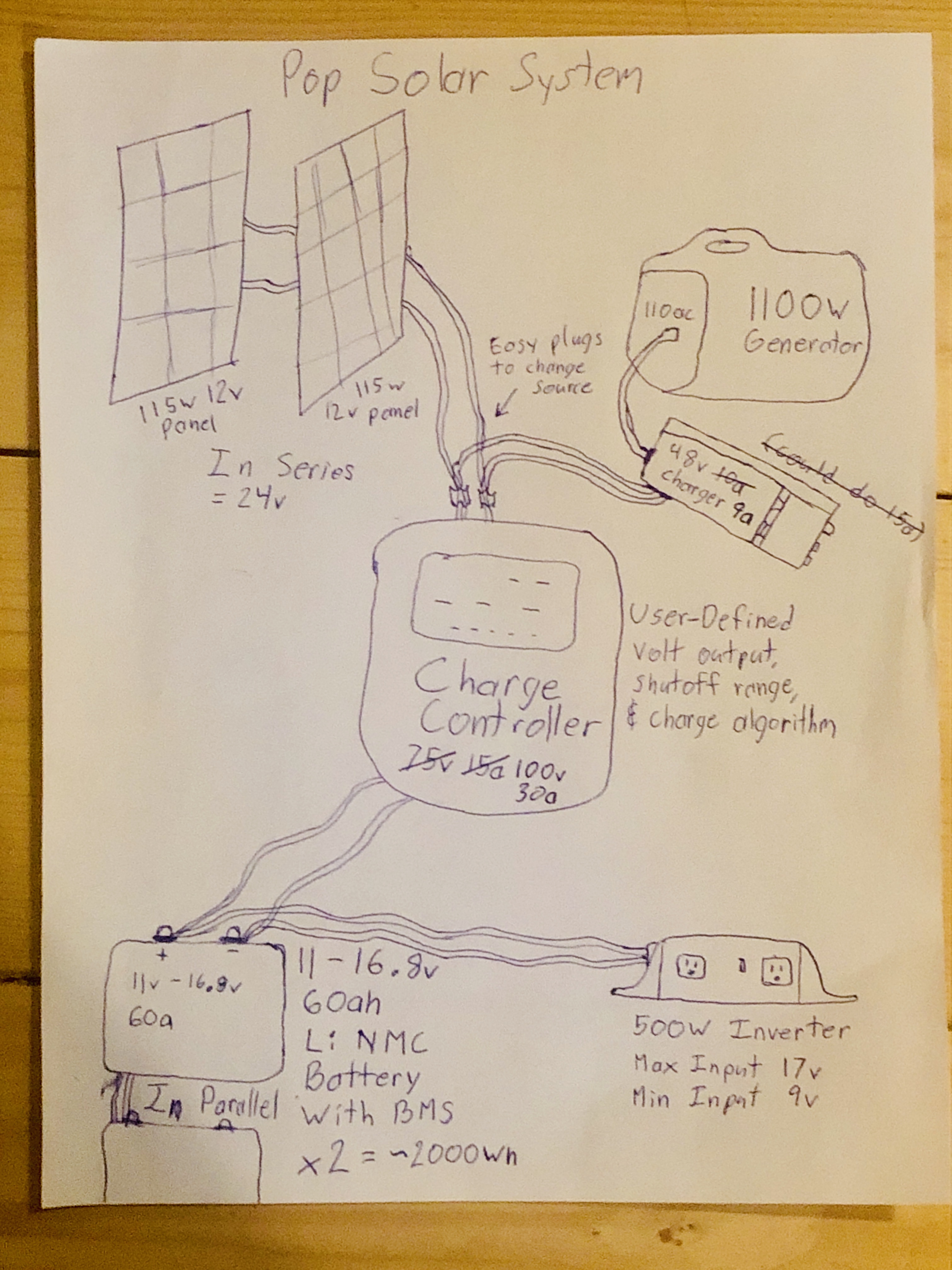 Here's details on all components

My goal is to disconnect the solar panels and connect the wall charger (powered by generator) on cloudy days. The reason I chose a 48v charger is because I will eventually get a 48v battery for an electric bike so I'd need it anyway. I calculate that I can plug this charger into the inverter to charge the bike battery from the Nissan Leaf batteries. What do you think my potential issues are? Thanks a ton!