I recently bought a hybrid inverter, Luminous NXG 750 which according to their technical specifications (attached image, highlighted in red), supports solar panel of 12v upto 400wp.

Is there any easy way to reduce the voltage to a safe level for use in my 12v rated inverter without having to open the front glass pane and rewiring the individual solar cells. Any help would be greatly appreciated. 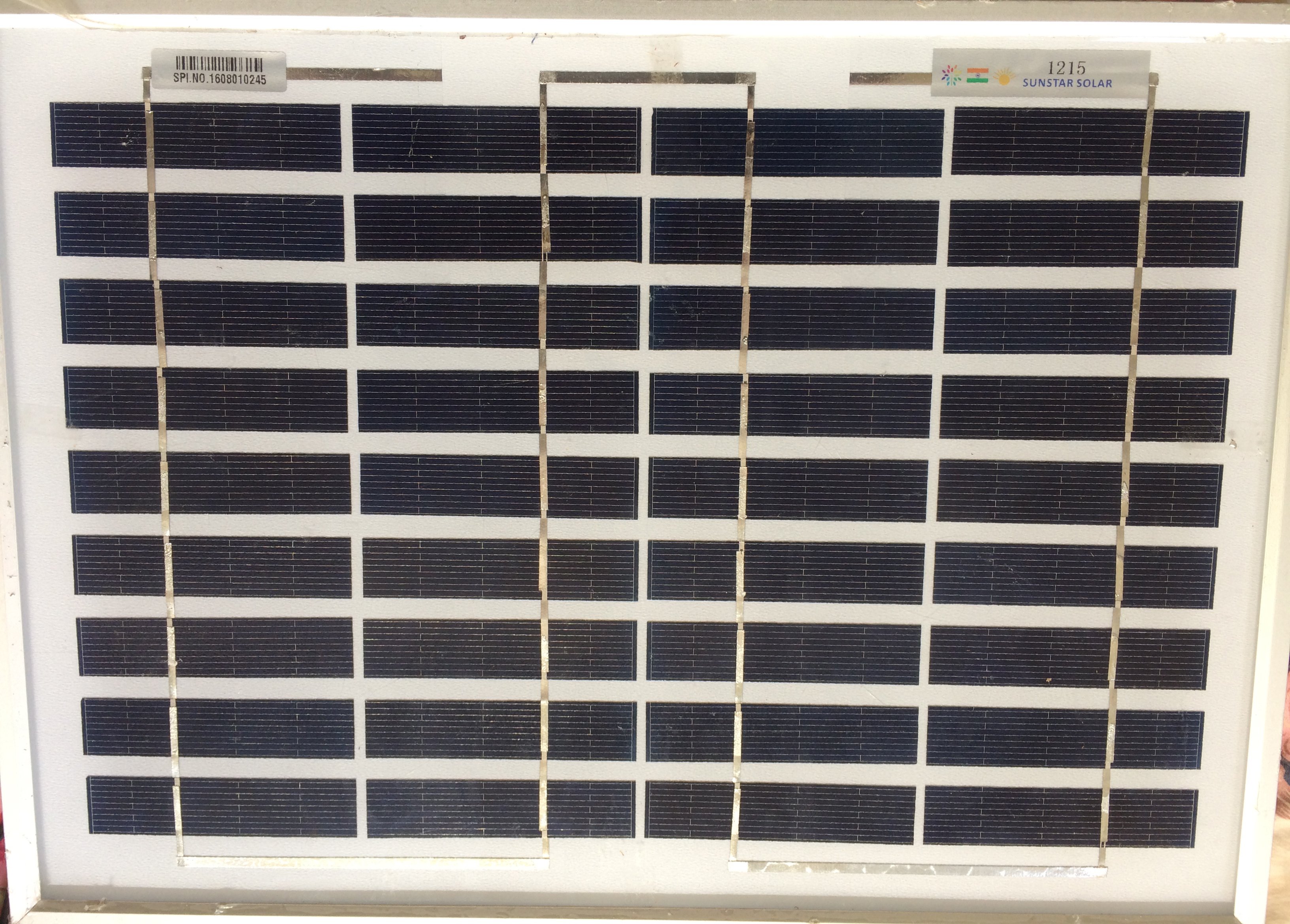