Are these good panels to start with?

TexOil Registered Users Posts: 3 ✭
July 2017 edited July 2017 in Solar Beginners Corner #1
I have a chance to barter for 6 MEMC P275AMA panels. According to the person I'm getting them from they've never been energized or used. I know nothing about solar panels but plan on learning. I was hoping to get advice on these panels. I'm hoping to totally power a fifth wheel, I don't think I'll need all 6 to do that but not sure how many it might take. Thanks in advance 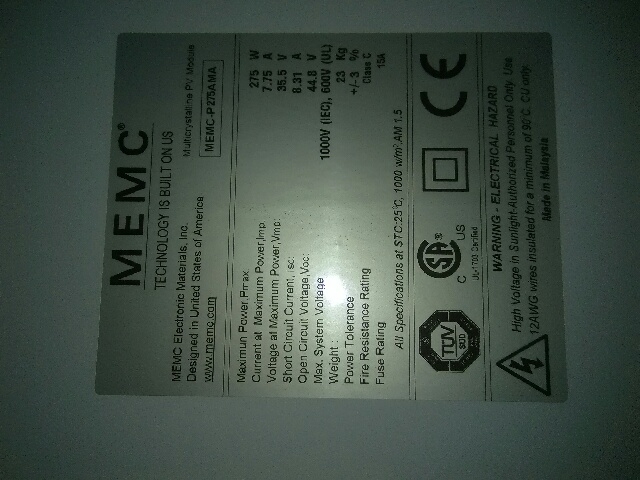