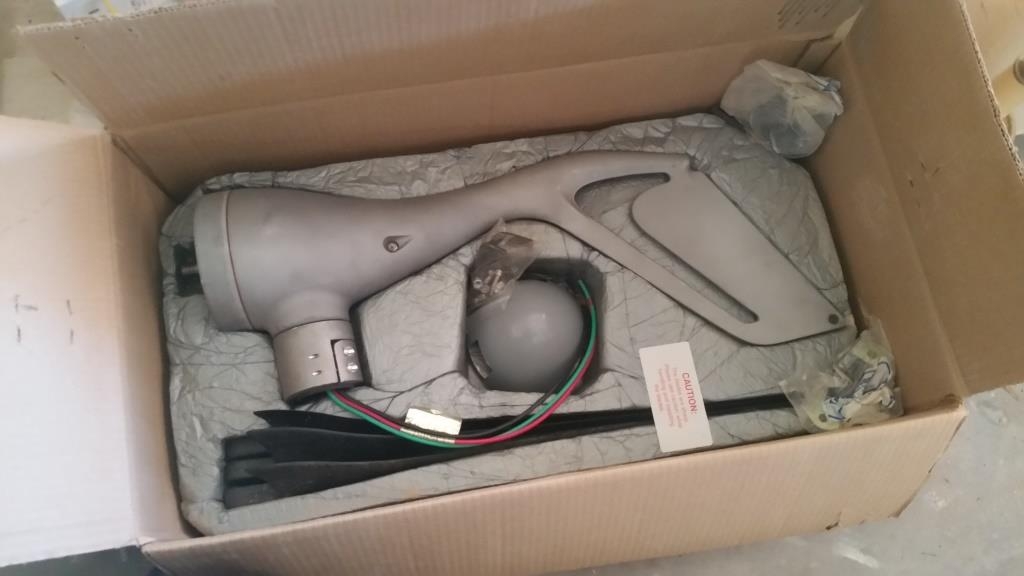 I purchased a Southwest Windpower Air 403 in mid- late 2001 but it was never installed.  The PV system installer, Mark, said he wanted the house completely finished to determine the best location for it to be erected but.....he sold his business, moved to Mt Shasta, CA and started Wholesale Solar prior to the house being finished.  At that point, IMHO,  I learned PV folks do not like wind folks, and vice versa, so a hybrid system of PV & wind was never completed on my house, and I am all PV.  Therefore, this Air 403 has sat on a shelf in my garage ever since.  It was removed from t he box and used as a table display once at a PV show here about 11 years ago for three days but that was it.  I think it was at that show the manual was removed so I do not have that anymore.  I do not wish to install the Air 403 at this time, especially since my house is to be put up for sale in the next few months.

Does anybody on this site need this Air 403?  If so, make me an offer.  I also have it for sale on Ebay and locally.