Azaziah Registered Users Posts: 15 ✭
May 2011 in Off Grid Solar & Battery Systems #1
Hello, everyone! First, I LOVE this forum and the knowledge represented here. I really appreciate all the excellent help and information that is represented. Thank you for letting a previous lurker read & learn.

I have been working on a project, and wanted to share and get some input on a couple specific points that have me scratching my head. This is not a typical solar project, although it has solar elements.

By way of introducing the concept, please understand that I am a bit of a tinkerer, have been all my life, and I have always had an interest in alternate power. One of the projects I have played with over the years, is a portable power supply. The first units were made mostly from scrounged or scavenged materials. In the simplest form, the components are a battery, AC charger, inverter, and 12 VDC powerpoints. The purpose is to have a source of power either in a short grid-down situation or for camping / remote applications. Not a new concept, I realize.

My DW and I have a son who has Down Syndrome. He is doing great, but still receives a large portion of his daily (nightly) nutrition via a mechanical feed pump that delivers liquid via a G-tube (small port surgically installed into his stomach). The feed pump runs on 110AC and has a mediocre back-up battery. This is the sort of circumstance that can motivate a parent to have back-up power, of course. The most recent unit I have finished is the one that currently sits in my study, always charged, and ready to help us through a brief period of power loss (we live on-grid).

Here are a couple photos: 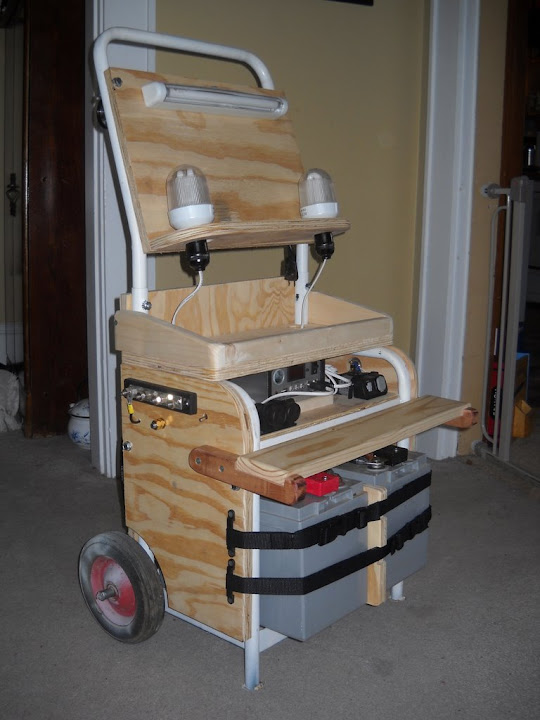 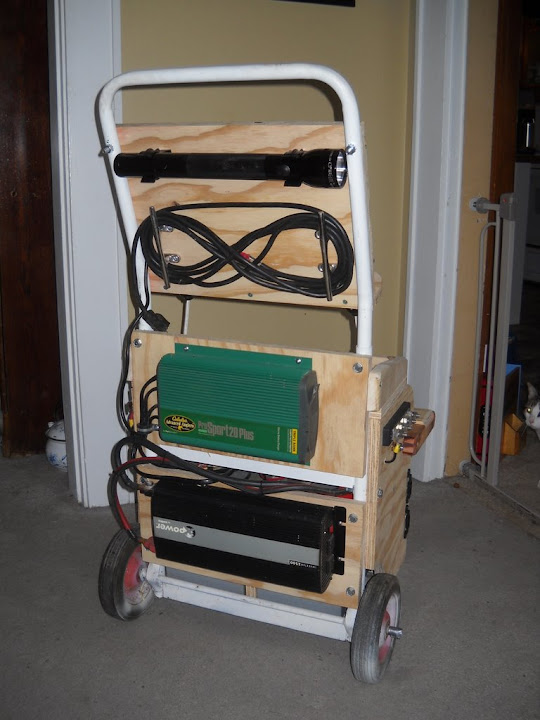 We are very happy with the way this thing works, and have taken to calling it the PUP (Portable Universal Power supply).

It is very heavy, of course, well over 200 pounds, but it is pretty easy to move around thanks to the dolly wheels. If we had an interruption of the grid, this would certainly help my son's medical needs as well as some other uses. I do have some solar panels that would be pressed into service for this unit if the grid was down for any extended period of time.