Are my parts working together well 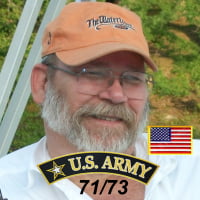 MEK1954 Registered Users Posts: 23 ✭✭
November 2020 in General Solar Power Topics #1
This is a new system and all components are new.  I have 4 Monocrystalline 195 watt panels connected in series parallel for 24/38 volts going into a Renogy MPPT 60 amp controller on a good day It will put 38 to 45 amps back into the 4 200 amp hr mighty max battery's connected in parallel putting 12 volts into a Giandel 4000/8000 watt inverter.   I get about 4 to 4.5 hrs of good high charge sun a day (during November). Are my parts working together or is there a mismatch somewhere. And I know there will always be cloudy and rainy days and I would like your advice on a good battery charger to build my battery's back up from days of use.
Thank you for any help you can offer.
Mark