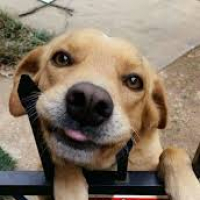 smsolaroffgrid Registered Users Posts: 3 ✭
October 2020 in Off Grid Solar & Battery Systems #1
A couple of issues I need suggestions on. If you would be so kind as to weigh-in with your opinion. Thank you in advance.

I have a champion ~2800w (max) inverter generator. It's in a difficult to reach area, but only about 10ft away from where I would normally be starting it/stopping it. I relocated it's 12v7amp battery about 10ft away inside the cabin, when I replaced it's battery, rather than having it outside, where corrosion on the terminals seemed to be eating up the old one, and this way I could have the battery close to the electrical cluster: the trickle-charger and the rest of the electrical system (such as the inverter and MPPT controller).

The genset was manufactured Jan 2018, and I bought it used (had to clean the carb, change the oil, add a mag dipstick - the usual). It has a chinese engine but honda (or honda-level) electronics (so I was told by a 3rd party). I _really_ do not like that it has a wireless remote keyfob (I keep it chained-up inside, on a hook) and seemingly no way to hard-wire a remote start. I had been keeping it on standby (all the time) with a trickle-charger off the solar array inverter to keep it's battery full.

The 'In the future' changes I intended to do, was a rewire of the battery arrangement, where it would not sit on standby on the battery: The generator is outside, under a shed - not exposed to moisture (except the usual humid air) etc.

To re-wire, I would add a momentary pushbutton switch with a relay to handle the starter load, pressing the switch to engage power to the genset from it's little battery (and so turning on the circuits to Standby and thus being able to receive a wireless keyfob START signal), then press the keyfob. Then, when started, release the pushbutton (disconnecting the battery, because it does not need it's battery connected to continue running) and use the +13vdc coming off the inverter to run a chronometer to keep track of hours of runtime. Just press the keyfob STOP to turn it off.


Today, the keyfob failed to start the generator. I checked the lithium batteries in the fob and they were at 3.1+v and seemed fine, there was no sign of damage or corrosion on the keyfob circuit, and it lit up when pressing the buttons just as normal. I went to the generator, and saw that it was on standby, as it is usually. I pressed and held the WIRELESS button for 3 seconds, to get the indicator light to come on, which is when you are supposed to press the STOP button on the keyfob to sync it to the generator: nothing happened. That generator indicator light is supposed to flash to acknowledge - that it got a signal from the keyfob. STOP and START did nothing. The indicator stayed solid. I pressed the WIRELESS button to turn off the indicator light.

Unfortunately, the unit came with no keyfob of it's own. Champion graciously sent me a keyfob (for free!) when I bought it and notified them I needed one. However, today I go to look on the Champion parts website, and the keyfob is 'out of stock'. And I'm not even sure it's not the keyfob that failed, or the generator.

I am in central texas near austin. And I don't think I can get another keyfob.