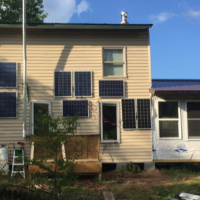 I have read multiple treads on 6- vs 12-volt batteries, and everyone goes too in-depth for some of the questions. I have a couple questions, and I will try and frame them in a direct and simple way.

I have a simple weekend cabin in the woods, and I operate on solar. I have two independent banks of thirteen 12-volt batteries that are (87AH), for a total of 1131 AH. These are charged with 900 watts of solar panels.

My two banks of batteries are near the end of their life. I need to replace them. I am debating 12-volt batteries, or 6-volt.

I am NOT worried about weight, cells to fill, nor space.  Considering performance and the ability to last longer between chargings, will the 6-volt batteries provide better performance than the 12-volt?

I am looking at CROWN 6-volt batteries that have 205AH rating.

I am looking at connecting the 6-volt batteries in series (to get to 12 volt), and then in parallel to get the best usage of the AH. I am looking to make each bank 1230 AH.

What will offer the best performance and longevity, this 6-volt set up, or twelve 12-volt batteries? 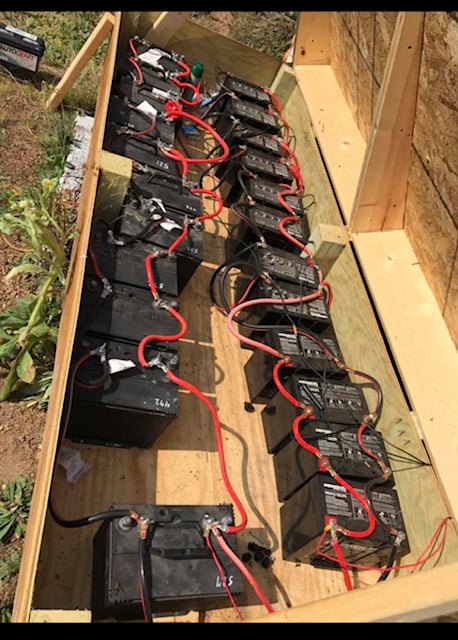