All my components arrived from NAW&S. Where do I begin the install . 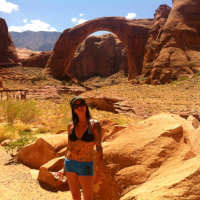 misskim92008 Registered Users Posts: 2 ✭
December 2018 in Solar Beginners Corner #1
Hello everybody, I am new to this forum, I am KIMBERLY. Recently bought a 2014 Dodge Promaster, 159 wheelbase, high roof. I purchased a 305 watt solar panel w/ a multiplus compact inverter charger & a 100 amp hr. lifepo 12 v Battrery by Battelborn and a bunch of other things one of the fellas put together for me over the phone. All was purchased from NorthernAz Wind & Solar. Where do I begin the install. I know the location on my van it is going. ( also have a MaxxFan I will be installing too) I would love to hear advice and tips n tricks. If anyone is in the SanDiego area that has some free time I would love some help. I will buy beer or I am a massage therapist & HHP esthetician, willing to trade bodywork for instillation. Just throwing it out there. This van is my 5 year plan to get out of debt once my 17 yo. turns 18....... I call My Van "Van'Debtta" Thanks in advance Namaste' SincerelyKimberly
1 · Share on Twitter