Do off grid inverters neutrals carry only the unbalanced load?

rainwater01 Registered Users Posts: 7 ✭✭
March 1 in Advanced Solar Electric Technical Forum #1
Maybe not to advanced of a question but I'm going to be running a solar system in Haiti and we have to go about 250' in wire feeder length and I want to make sure that I'm sizing my wire for voltage drop properly. I am planning to run 60 amps (30 amps @ 220 volts) of total power to 12 rooms in a guest house. we're figuring 5 amps @ 120 volts per room. I figure I'll run a 20 amp 120 volt circuit to each room which will balance out the neutral pretty good.

The feeder will be 250' of 4/0 aluminum URD to an outdoor loadcenter and then #10 copper on a 20 amp breaker to each room to help with voltage drop and conduit fill adjustments. Voltage drops look great right now if the neutral currents do indeed cancel which I assume they do. That's the most important question to me right now, that the neutral carries only the unbalanced load which will cut my wire length calculations practically in half.

Thanks for your input. The building is below as a reference 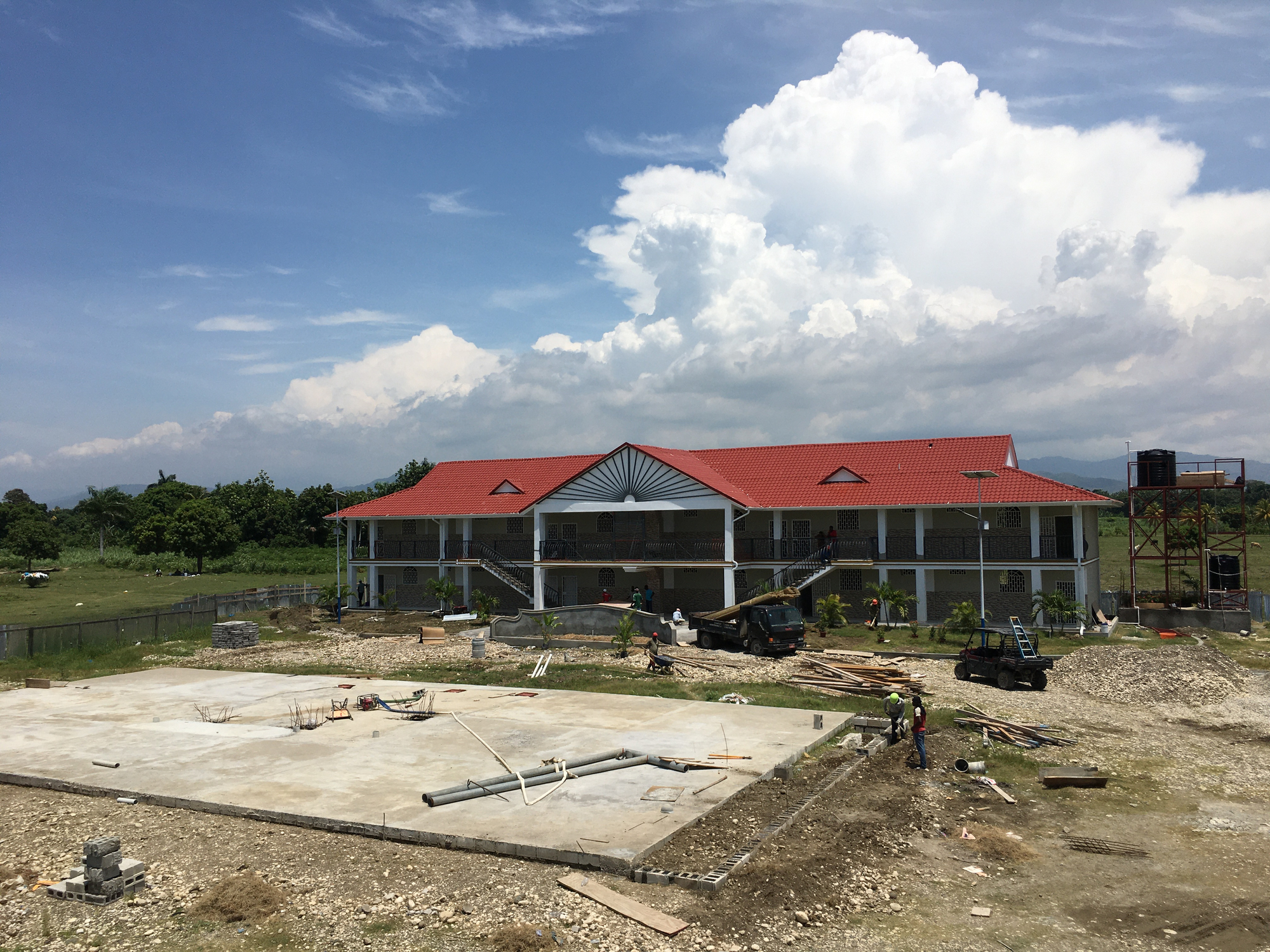