Yonkiman Registered Users Posts: 1 ✭
May 2 in PV Installers Forum - NEC, Wiring, Installation #1
This is something that's bothered me since Tesla installed solar at my old house, and I'd like to do a cleaner install on my new house if at all possible.  My new house has a meter & load center combo.  What Tesla did last time was move the load center (distribution panel) to a new box, as shown below.  I don't want to relocate the existing loads this time because of cost, cosmetics, and one of the lines is a 125A feed to a subpanel I'd really rather not splice.
Now everything with the green background already exists in my current combo panel, except (10) is connected directly to (7) via the panel's bus bars.
So if I could theoretically split the bus bar after the meter's 200A breaker, I could:
It would be so clean!  But I imagine I'm not going to be able to take a hacksaw to the inside of my panel and still pass inspection.
So my question is, does anyone make a combo panel that supports this?  If not, why not?  It seems obvious.
I'm also open to any advice how to proceed if my fantasy doesn't come true.  TIA 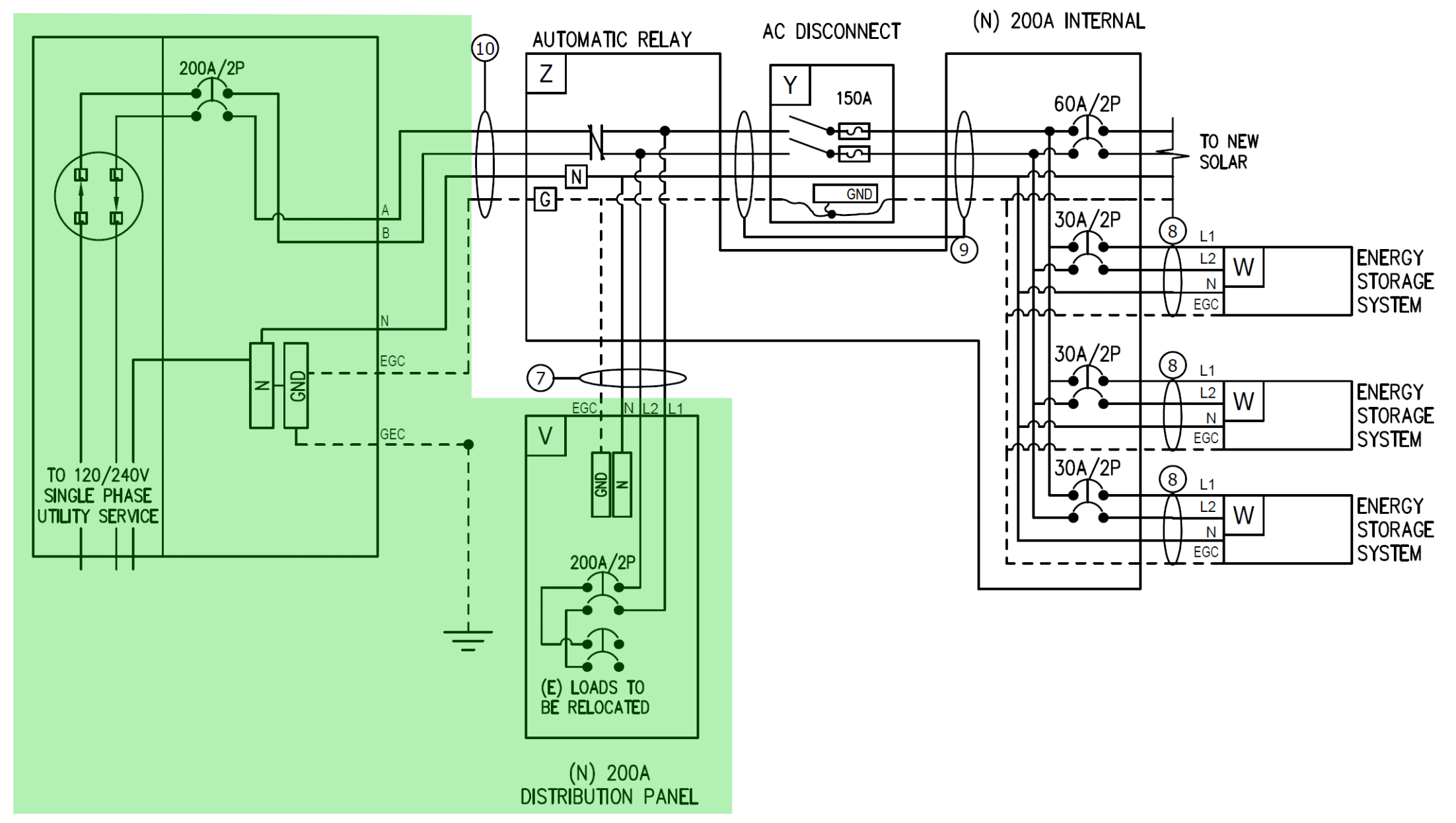