SOLVED: Is it Normal For BMS Voltage Reads Less Than Battery Pack Voltage?

st4rgut Registered Users Posts: 33 ✭✭
April 2021 edited April 2021 in Off Grid Solar & Battery Systems #1
I tried installing a 16S 48V Lifepo4 Daly BMS today that I bought off Ebay I have a lot of 16 100 Ah 3.2V Lifepo4 Cells that I connected in series and top balanced until the cell voltages were equal. After connecting in series, the batteries had a voltage ranging from 3.631 to 3.637 V, which I find odd. I confirmed the wire order of the balancing wires to the BMS by measuring the voltages before connecting to the BMS. I then connected B- lede of the BMS to the negative terminal of the battery pack and then plugged in the balancing wires to the BMS. However, when I measure the voltage across the BMS P- cable and the Battery Pack's positive terminal, I am only getting 47V even though the pack measures 58V. I read that the BMS output is supposed to match the pack output, but can't think of anything I did wrong. Do you think I received a defective BMS? There was no smoke or anything when I plugged everything in, but the output voltage doesnt seem right. 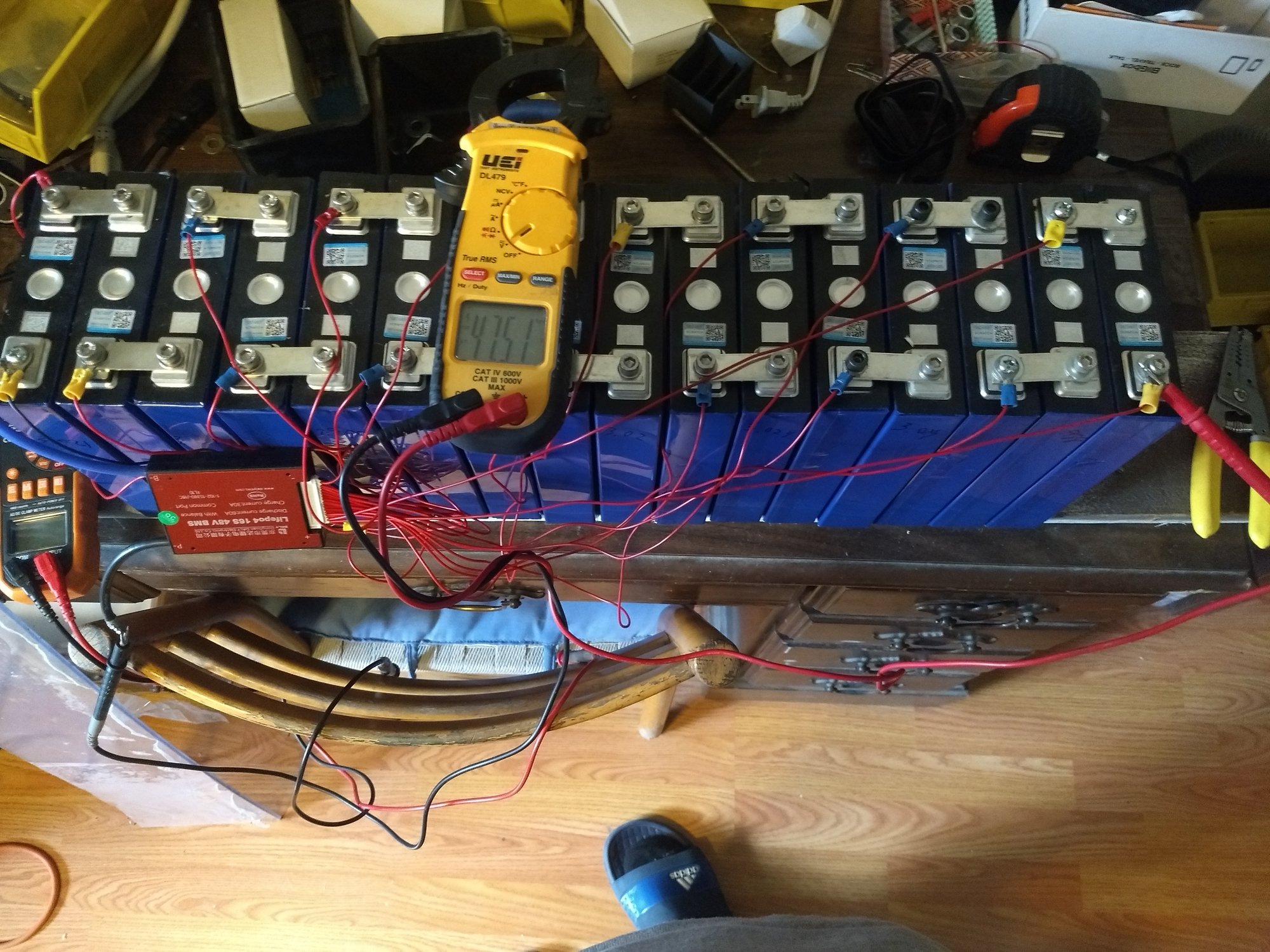 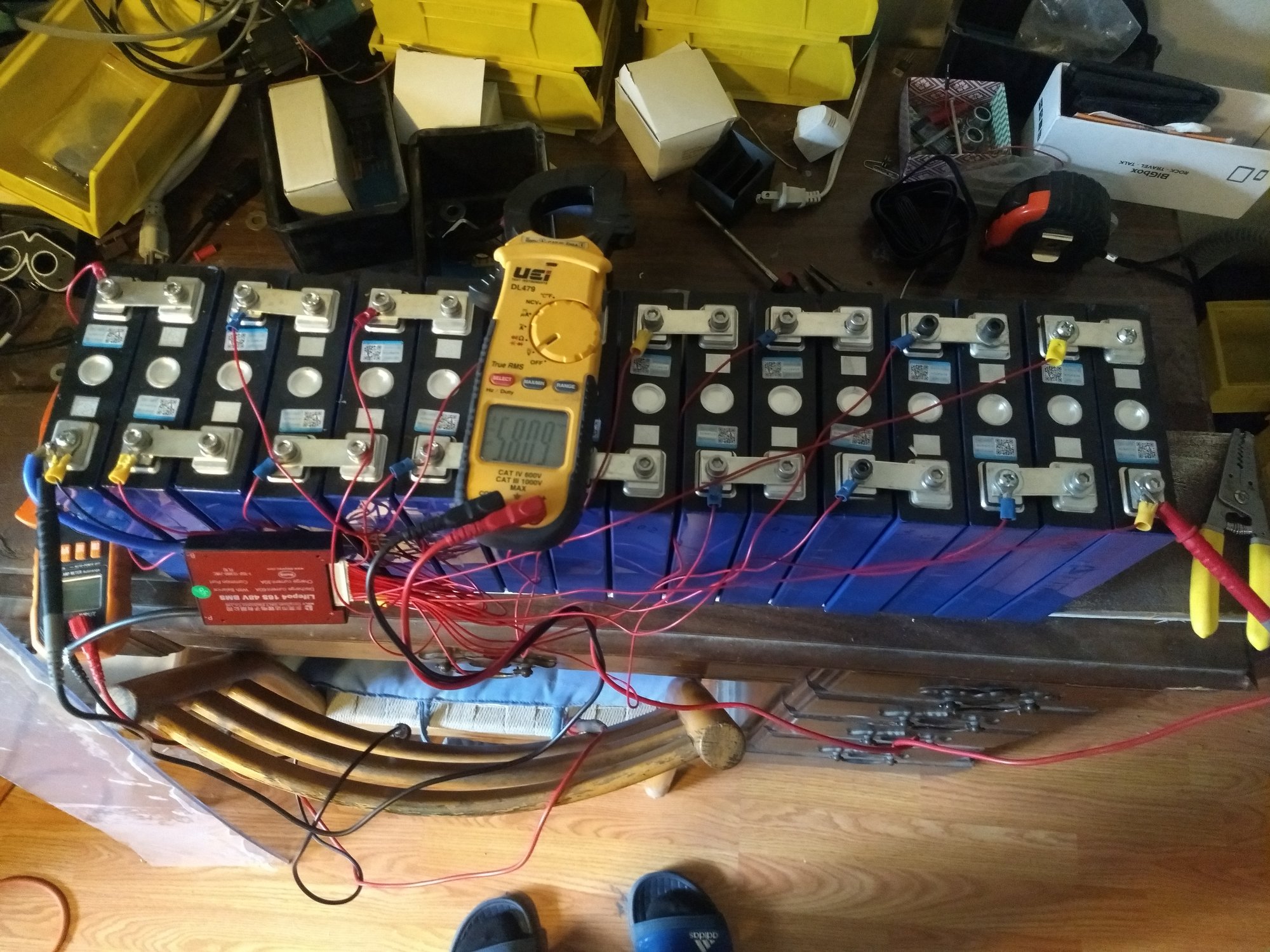