AC Coupling Design - Would this work?

YellowBuddy Registered Users Posts: 1 ✭
August 2020 in Grid Tie and Grid Interactive Systems #1
About 4-5 years ago, I picked up (5) SI-5048's at a bankruptcy auction.  They were $300/piece, which gave me grand plans of building out my backup system...it's probably time that I either do it or sell them.

Along the way, I installed more solar.  Unfortunately, I wasn't able to find anyone in my area that still dealt with SMA so a solar edge system was installed; which left me with essentially two plants.  Here's what my current system looks like: 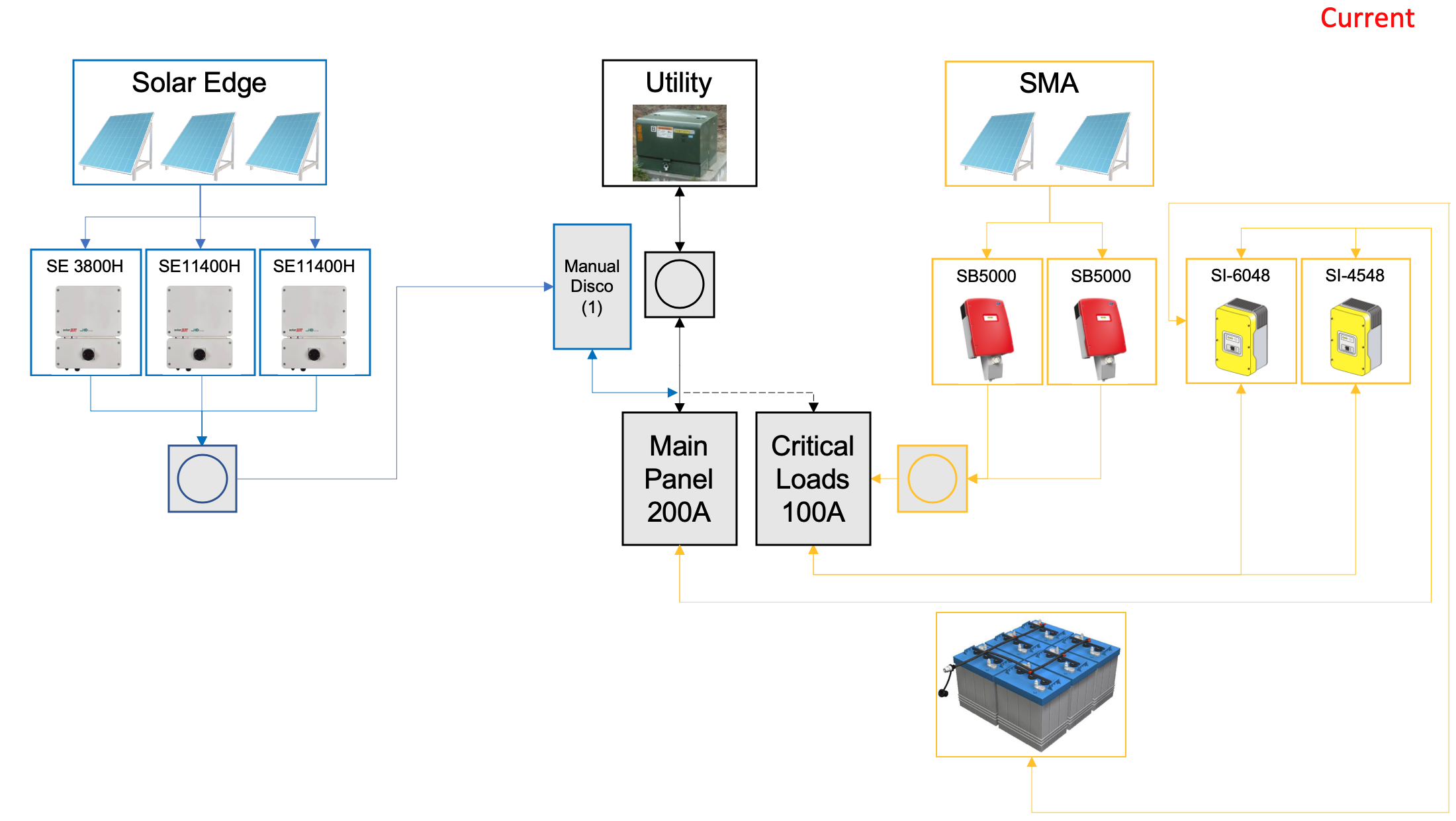 It's a massive system, but My life is 100% electric now.  Electric heat, hot water, well pump, cars.  While I'm grid tied, I haven't had to pay for electricity aside from a $2/month connection fee, a small fee to pay for essentially a large battery system.  Recently though, the outages have been more frequent ~1-2/month lasting 4-8 hours.  Some of those times it's a minor inconvenience, other times the loss of heat is no joke.

So I want to expand my backup, especially since I already have the Sunny Islands.  If possible, I'd like to get my SolarEdge going in it.  That would keep me going indefinitely.  If not, I would need to end up sizing the battery bank up.

Here's my initial thoughts, I'd appreciate any feedback folks might have on it. 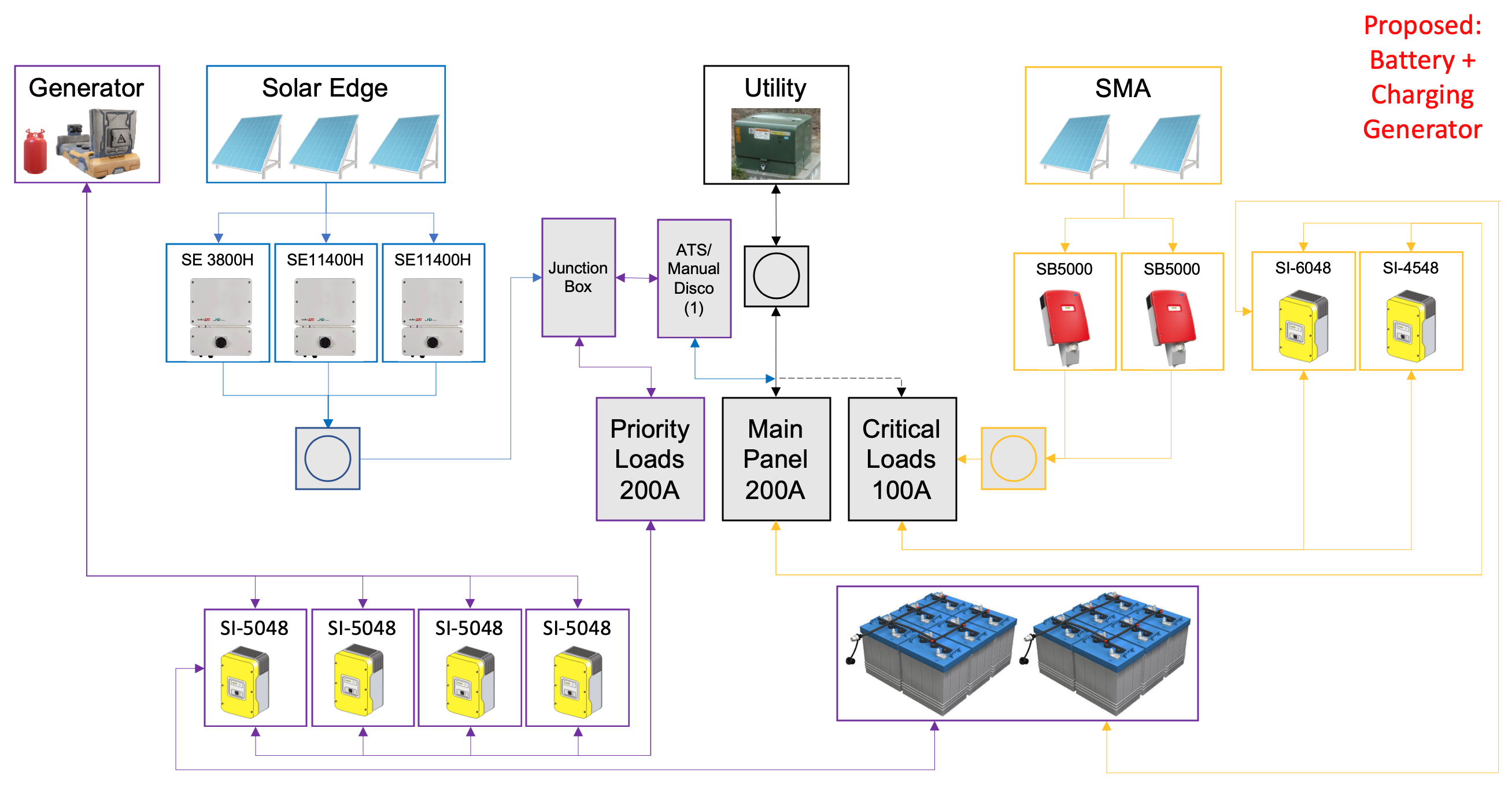 My idea is to isolate the two plans essentially to keep them from potentially interfering (or back feeding) into each other.  It also allows me to load shed should I anticipate a longer outage.  Shedding essentially the remaining Main Panel loads first followed by Priority Loads (ie, Hot Water, Fridge, Freezer, Electric Backup Heat, Stove, Car Charger) , and running on bare Critical Loads (ie, Heat Pump, Well Pump, Sump Pump, Internet, 2 lights)

The SMA system would power the critical loads, and continue to be a grid-feed configuration.  The SolarEdge system would operate the Sunny Islands in Off Grid mode.  It would be responsible for controlling the generator; turning it on only in a grid fault mode - where the ATS has kicked in - and the battery has drained to roughly 45%

Is all this feasible?  Or am I a mad man?  I'm open to suggestions to if this is just a whacky design.