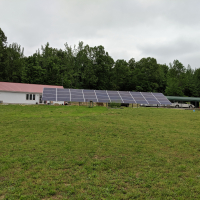 Physicists are pushing the performance of solar cells to levels never before reached. They have made a significant breakthrough in the chemical formula and process to make a new material. The ultra-high efficiency material called a tandem perovskite solar cell is being developed to help solve the world energy crisis.