Figuring out Breaker Sizes For a 48V Off-Grid System 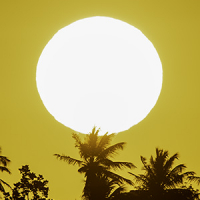 I am upgrading a 48V off-grid system in Haiti (equipment in my signature); I have posted in a couple other forums and received some good feedback. I also got some great advice from an esteemed "old friend". I will be travelling by the end of he month to do the upgrade, and would definitely appreciate if you could help reviewing and filling the gaps on my configuration.

Combiner Breakers: 2 MNPV15 – Breakers may not be necessary for 2 parallel strings, they will be handy for testing and troubleshooting.(Panel fuse is 15 A)

PV Input Disconnect Breaker = 50 Amps ?? - This breaker will make it easier to service the controller.

A 50 Amps breaker was chosen because of the ampacity of the 8 AWG PV cable, and since smaller breaker rating can be used on a heavier wire, the rated ampacity for the # 4 AWG wire was ignored. Thoughts?

I have another question reading inverter breaker, but I am saving it for later.

I appreciate you took the time to read this post.