Under these conditions and with a relatively healthy battery I can observe the three charge phases. On a typical unit the absorption phase is reached in the early morning. Before I get to my question I thought I'd share a plot as it might be interesting to those learning about charge controllers. This plot is from yesterday and it's centered at 12 noon (forgive my typo): 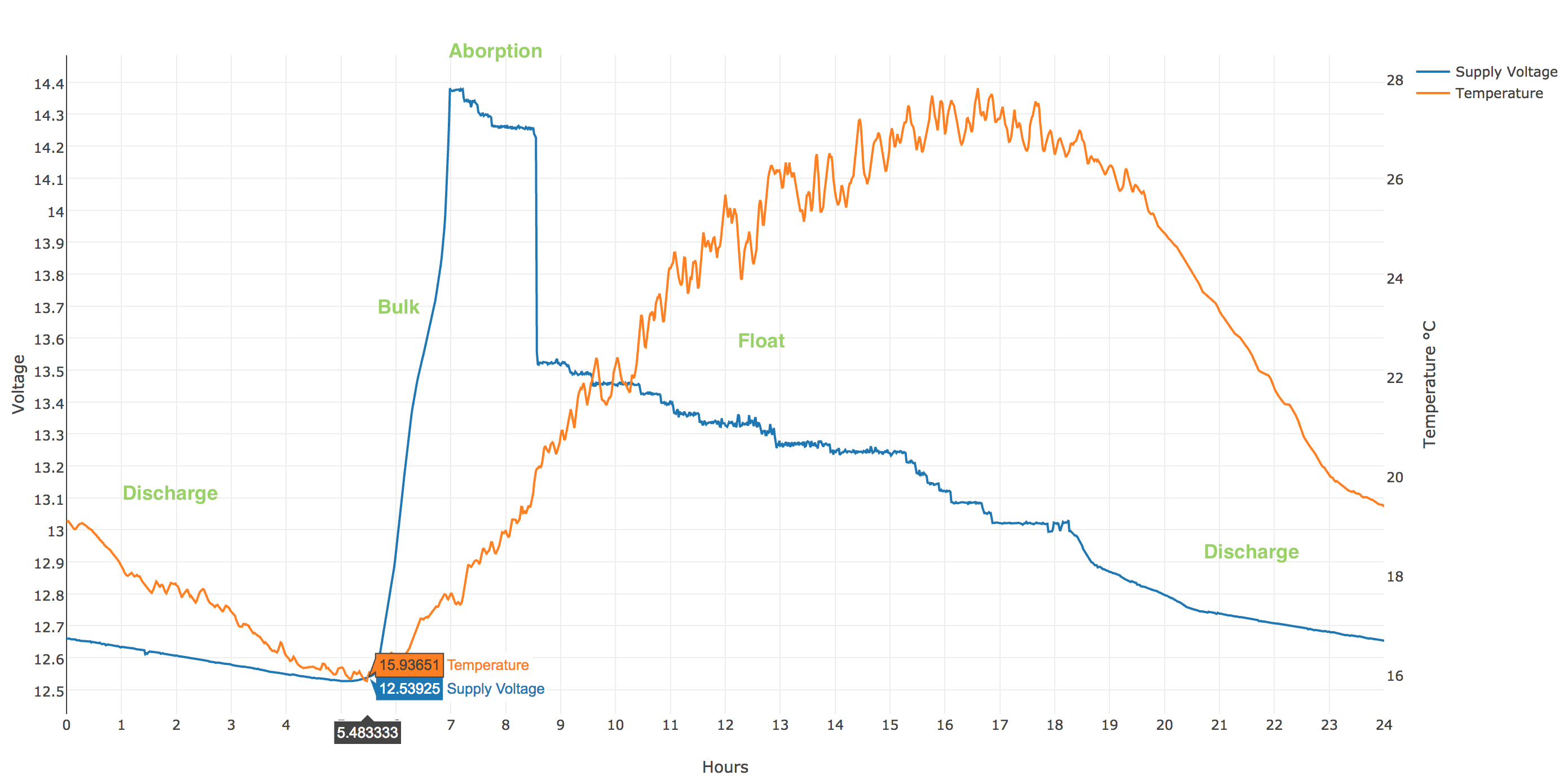 This unit is in the midwest and has a fixed tilt. It's also on top of a 10 story building. The charge controller has temperature compensation and you can see the set point voltages for absorption and float dropping as temperature increases. Note that it keeps dropping at the end of the float stage despite the drop in temperature. I believe this is because the controller is enclosed in a black waterproof box and its temperature lags that of the air.

I wanted to get a feel for how a 50 W panel from the same vendor would perform so I setup things at my home near 24/680 in the San Francisco bay area. Not having anything to mount it to I placed it on my driveway and shimmed it until it was horizontal. I'm using a battery from a different store front but with the same rating (could be the same battery for all I know). Rather than attach one of our systems I used a programmable load configured to constant power and dialed in 4.2 W.

The absorption and float stages never seem to be reached. I don't have data logging with this setup but I'd check it often through out the morning and afternoon. At best it gets to just over 13.0 V. The date sticker on the battery is 5/17 and I'll admit that I have not checked its specific gravity (I don't have a hydrometer but will order one shortly).

The IV curves under 1 Sun irradiance have similar open-circuit voltages but the short-circuit current is approximately half.

I knew that my horizontal panel had a disadvantage but given that its fixed tilt brother was charged by 9 AM I figured it would easily be charged by the end of the day. By this I mean it had completed the absorption phase of charging. Any thoughts? 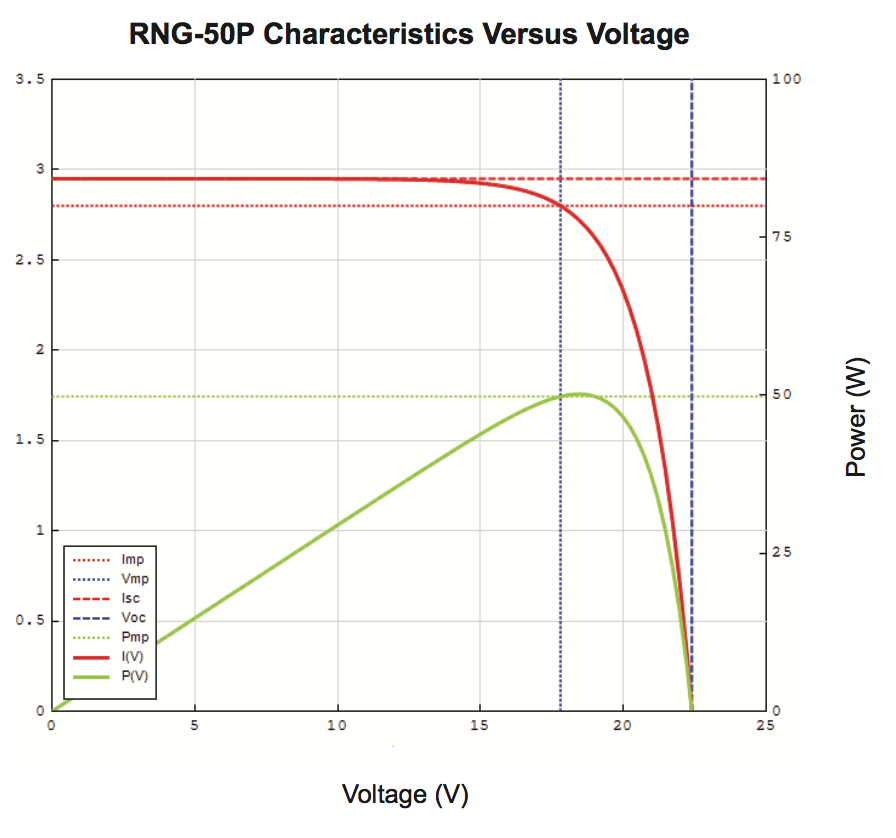 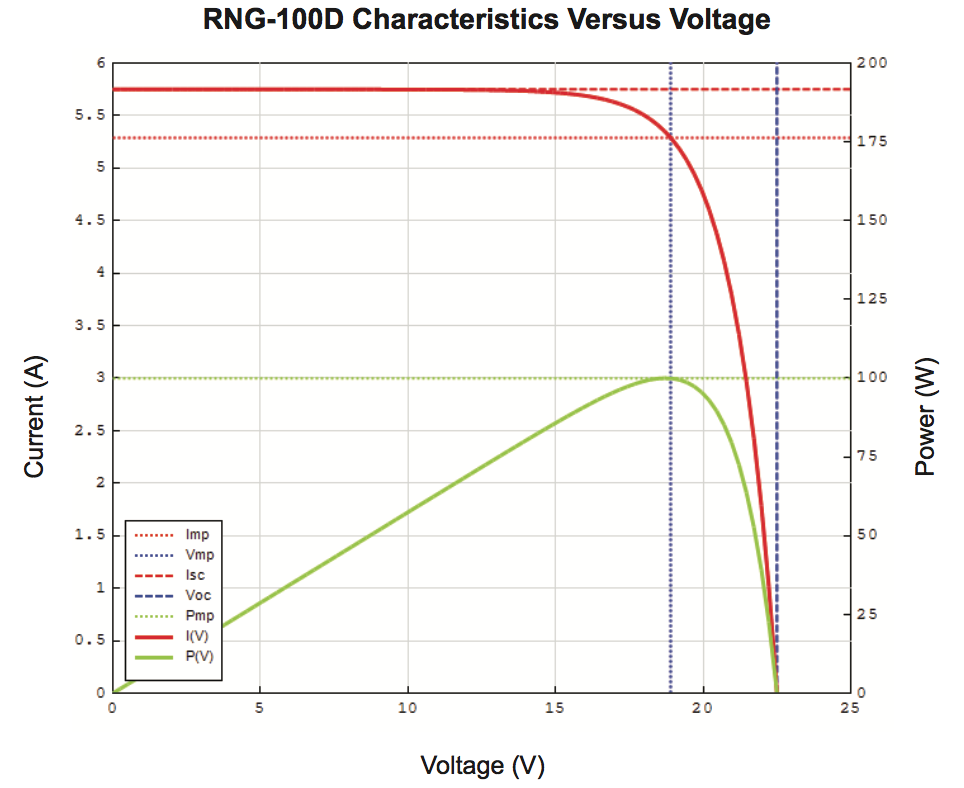